New York Sober Coach:  another trust fund baby gone awry.  An allowance at age 30 for someone who has no job? Apartment paid for with no responsibilities or consequences?  Throw that in with an ego fueled by outsiders calling him a ‘gorgeous loner’ and I bet we find some mental health issues and you have the perfect unruly, angry, ungrateful adult baby-child. We get calls all the time from parents wondering why their kids are running amuck, and this is a great example of no expectations leading to failure. We are at 1.800.706.0318 www.TheAddictionsCoach.com 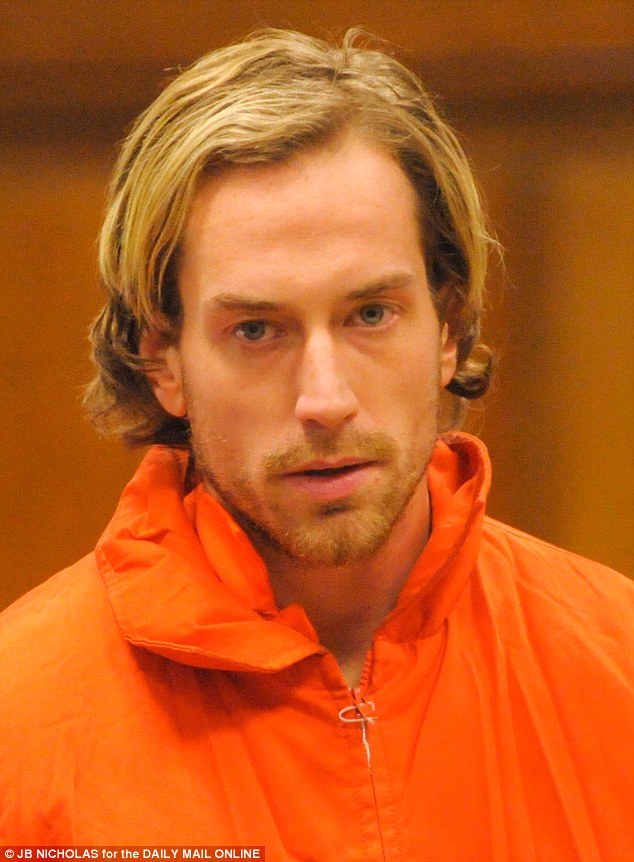 The privileged 30-year-old son of a hedge fund founder has been charged with murder in the fatal shooting of his father. Thomas Gilbert, Jr. was also charged with criminal possession of a weapon plus forgery, after police “recovered a skimming device and 21 blank credit cards” from his Chelsea apartment.

Thomas Gilbert Sr., 70, was found dead from a gunshot wound to the head in his Midtown Manhattan apartment on Sunday afternoon. His son had been visiting his parents’ home and had asked his mother to buy him a sandwich. During her absence, Gilbert allegedly shot his father before fleeing. Gilbert, Sr.’s body was found by his wife.

The police said that Shelley Gilbert “had a bad feeling and decided to return” after 15 minutes—but it was too late. The gun was left at the scene, with his father’s left hand over it. “The gun laying where it was didn’t seem like a self-inflicted wound as we’ve had in the past,” said NYPD Chief of Detectives Robert Boyce.

Police arrested Gilbert, who had been barricaded in his apartment on West 18th Street. From the Post:

Cops found the gun’s case — along with two clips and numerous loose rounds — in Gilbert Jr.’s apartment at 350 W. 18th St. after busting him there at about 11 p.m. Sunday, sources said.Police were trying to determine if he bought the weapon legally.

After the killing, Gilbert watched TV in his pad, law enforcement sources said.

The son may have been planning a getaway. An open suitcase filled with clothes and lying on the hallway floor of his first-floor apartment could be seen through the home’s peephole Monday.

At his arraignment Monday night — at which he was ordered held without bail on charges of second-degree murder and weapons possession — prosecutors said Gilbert was found with a skimming device and 21 blank credit cards.

The Princeton graduate was apparently upset about having his allowance cut: Some reports state that he was given $400 a week, which was being cut to $100 a week, while another says that his monthly allowance was being cut from $600 to $400. This was in addition to his parents paying the $2,400 rent on his apartment. 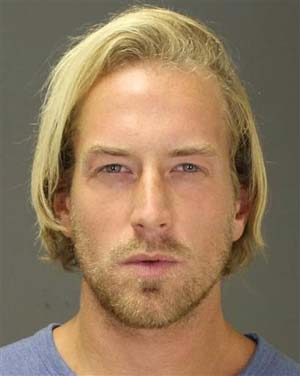 His ex-girlfriend, Anna Rothschild, told the Post, “[H]is dad was hypercritical of him — he couldn’t do anything right… He talked a lot about his dad and how mean he was to him and how nothing was good enough.” She added that Gilbert was in the Hamptons most of the time, “He surfed and went to the gym and went to yoga, he was very fit,” but “He’s very much a loner. His phone never rang. No one texted him or called him. The one time it rang in four months while we were together, it was his mother.”

Gilbert also had a run-in with the law, out in the Hamptons, last year. According to 27East:

Mr. Gilbert Jr. was arrested…for criminal contempt in the second degree after violating an order of protection, said Southampton Town Police Sergeant Susan Ralph in an email. The order was filed by Peter Smith, aSagaponack homeowner and Connecticut resident, on June 18, 2014. Just months later, Mr. Smith’s17th-century,Sagaponack home burned down on September 15, and a gas can and rags soaked in gasoline were found in the cemetery across from the home the following day. Mr. Gilbert Jr. was arrested on September 18 for violating the order.A second order of protection was filed against the younger Mr. Gilbert by the Suffolk County District Attorney’s office on behalf of Mr. Smith on December 8 of last year, according to D.A. spokesman Bob Clifford. Mr. Clifford could not comment on the first order of protection or the relationship between Mr. Gilbert Jr. and Mr. Smith because the case was sealed.

The Post’s sources say that Gilbert is a suspect in the arson: “Smith Jr. already had a restraining order against Gilbert Jr., a court source said… Gilbert was suspected of killing Smith’s dog before the fire.”

Thomas Gilbert, who previously worked in private equity, had founded Wainscott Capital, and the younger Gilbert had filed paperwork to start his own hedge fund last year. Rothschild lamented, “How could a guy be that gorgeous, that wealthy, that fit, and kill his dad? This is the last thing in a million years that I thought he could do.”