Jon Bon Jovi Speaks Out About His Daughter’s Drug Overdose: ‘We’ll Get Through It’

By Suzy Byrne | Goddess: Celebrity Moms and Dads – 4 hours ago 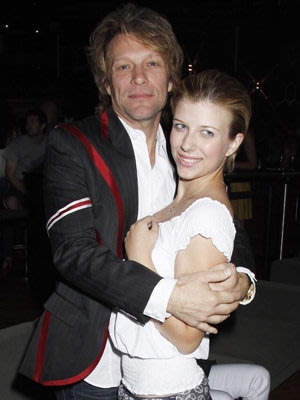 Jon Bon Jovi and daughter Stephanie (Dave M. Bennett/Getty Images)Parenting isn’t easy — even for celebrities. A week after Jon Bon Jovi’s daughter, Stephanie, was hospitalized for an apparent heroin overdose, the rocker is speaking out about the ordeal.

“It’s human,” Bon Jovi, 50, told Fox 11. “What I do for a living seems glitzy and glamorous but if you don’t take it too seriously it’s a great way to make a living. And then life goes on. Things happen. This tragedy was something that I had to face too. So we’ll get through it.”

He also thanked his fans for their support during the difficult time. “People’s warm wishes for my family and I have been really reassuring,” he said. “So, we’re good.”

On November 14, Stephanie Bongiovi, 19, overdosed on heroin in her dorm room at Hamilton College in Clinton, New York. Paramedics were called and she was rushed to the hospital, where she treated and luckily survived. A search of her dorm room turned up a “small amount” of heroin, marijuana, and other drug paraphernalia, according to police.

Both she and her friend Ian S. Grant, 21, were subsequently arrested for drug possession charges. However, the charges against both of them were later tossed because a New York law exempts people from possession charges if they sought help for somebody experiencing a drug or alcohol overdose or other life-threatening medical emergency. In this case, Grant called 911 to help save Bongiovi.

Bongiovi is one of the Bon Jovi frontman’s four children with wife Dorothea Hurley, who was his high school sweetheart and to whom he has been married since 1989. 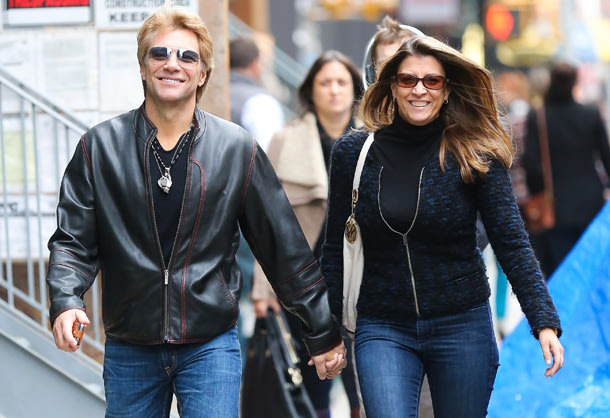 Jon Bon Jovi and his wife, Dorothea, were all smiles walking in Manhattan Tuesday. (Splash News)