Deprecated: class-oembed.php is deprecated since version 5.3.0! Use wp-includes/class-wp-oembed.php instead. in /var/www/wp-includes/functions.php on line 4967


SAN DIEGO (AP) — The 16-year-old California girl kidnapped by a close family friend suspected of killing her mother and 8-year-old brother says he threatened to kill her if she tried to escape and got what he deserved when he died in a shootout with authorities in the Idaho wilderness.

Hannah Anderson went online barely 48 hours after her rescue Saturday and started fielding hundreds of questions through a social media site. Many were typical teenage fare — she likes singer Justin Bieber and her favorite color is pink — but she also answered queries about how she was kidnapped, how she survived captivity and how she is dealing with the deaths of her mother and brother.

The postings started Monday night, hours after her father publicly requested that the family be allowed to grieve and heal in private. Brett Anderson didn’t respond to a text message seeking comment about his daughter’s postings, which continued into Tuesday evening. The account was disabled Wednesday morning.

James Lee DiMaggio, 40, was shot at least five times in the head and chest, said Valley County Coroner Nathan Hess, who completed an autopsy Monday in Boise. He was unable to determine a precise number of gunshot wounds.

Police have said little about their investigation. Jan Caldwell, a spokeswoman for the San Diego County Sheriff’s Department, said authorities are aware of the online comments but could not confirm the account is Hannah’s.

The postings appeared on the ask.fm social-networking site account for “Hannahbanana722” of Lakeside, the San Diego County community where the teen lived with her mother and brother. At one point during the lengthy series of posts, a questioner asked Hannah to post a photo and she complied. The image shows her with a wide smile. 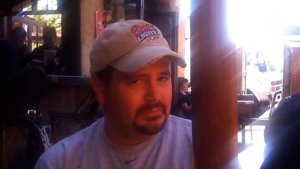 Dawn MacNabb, whose son, Alan, is one of Hannah’s closest friends, confirmed the postings were by the teen. Alan spoke on the phone with Hannah on Tuesday and urged her to delete some of the postings, MacNabb said.

“He said she was going to, but I don’t know if she will,” she said.

Anderson declined interview requests from news organizations that posted to her account.

She was kidnapped Aug. 4 by DiMaggio, her father’s best friend who was like an uncle to her and her brother, Ethan. DiMaggio had invited the children and their mother, Christina Anderson, 44, to his house in Boulevard, a rural town 65 miles east of San Diego.

“He told us he was losing his house because of money issues so we went up there one last time to support him, and to have fun riding go karts up there but he tricked us,” Anderson wrote.

Anderson said DiMaggio tied up her mother and brother in his garage. Their bodies were found after a fire destroyed the home. She said she didn’t know they had died until an FBI agent told her at the hospital after rescue Saturday.

“I wish I could go back in time and risk my life to try and save theirs. I will never forgive myself for not trying harder to save them,” she wrote. 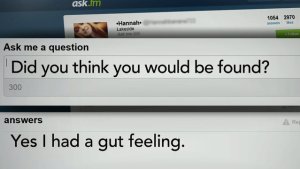 Anderson said she “basically” stayed awake for six straight days and DiMaggio ignored her requests for food. She couldn’t try to escape because DiMaggio had a gun and “threatened to kill me and anyone who tried to help.”

Anderson said she was too frightened to ask for help when four horseback riders encountered the pair in the remote wilderness on Wednesday. The riders didn’t report the sightings to police until the next day, after returning home and learning about the massive search spanning much of the western United States and parts of Canada and Mexico.

“I had to act calm I didn’t want them to get hurt. I was scared that he would kill them,” she wrote.

The girl said DiMaggio threatened to kill her if she didn’t help hide his blue Nissan Versa with tree branches. Authorities discovered the car Friday, leading to her rescue the following day.

Asked if she would have preferred DiMaggio got a lifetime prison sentence instead of being killed by FBI agents, she said, “He deserved what he got.”

Anderson acknowledged being uncomfortable around DiMaggio even before the ordeal, saying he once told her that he was drawn to her.

“He said it was more like a family crush like he had feelings as in he wanted nothing bad to happen to me,” she wrote. 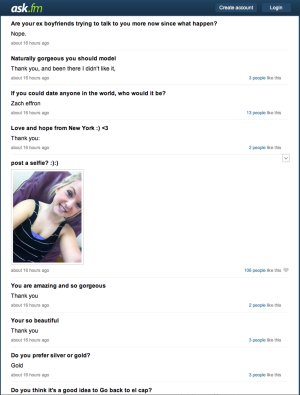 She said she didn’t tell her parents because DiMaggio was his father’s best friend “and I didn’t want to ruin anything between them.”

On Monday, Anderson had her nails done – pink for her mother and blue for her brother. She said she anticipates returning to El Capitan High School in the east San Diego suburb of Lakeside for her junior year.

She said she was still in shock. When one commenter said her responses appeared to lack emotion, she wrote, “I’m trying to stay strong. You don’t know I could be crying answering these questions at the moment.”

Therapists say Anderson faces a long recovery, but support from family and friends can help her lead a happy, productive life. Counselors may focus on acknowledging her trauma but not letting it control decisions.

Her father has told at least two people that he planned to move with Hannah to Tennessee, where he lives.

Moving would be a father’s “very normal reaction,” said Jessica Donohue-Dioh, a social work instructor at Xavier University in Cincinnati. She cautioned, however, that it shouldn’t be an attempt to bury the past.

Debunking State and National Credentialing Requirements
GOT GOALS FOR 2014? What’s holding you back?
Cali Estes will be the guest of Recovery Coaches International on April 14th at 2 pm! Join us for a FREE webinar!
Dr. Cali Estes: 5 Deadly Mistakes You Make When a Loved One Has an Addiction
Reasons Why You Should Hire a Sober Companion
Best Way To Detox Off Opiates
At The Addictions Academy, We Love to Share in our Students Success!
Ask The Expert: Cali Estes, Founder of The Addictions Academy, answers students questions
0 replies